HP is #1 in Servers Worldwide

IDC recently touted HP as the worldwide leader and best in the business when it comes to servers. As far as shipment and revenue are concerned, HP was on the top of the list for 2013. 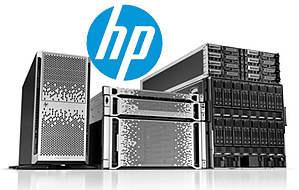 HP Servers offer the best in quality, reliability, and longevity. Recently, IDC (International Data Corporation) released their quarterly update known as the Worldwide Quarterly Server Tracker, and in that tracker were the published results of their latest analysis. Here are the facts IDC shared with their world audience.

The Cold Hard Facts
Take a look at a few of the most interesting facts associated with IDC’s resent results.

• FACT #1: For the entire year of 2013, HP maintained the status of being the #1 vendor of servers—as far as worldwide shipments of servers and revenue are concerned.
• FACT #2: But this isn’t all just about 2013. For twelve consecutive years (or 47 straight quarters) HP has been the #1 vendor for worldwide server shipments.
• FACT #3: Oh, and HP also leads in the blade-server market, by a 43.8% revenue share.
• FACT #4: The density-optimized server market is another appendage in which HP is #1.
• FACT #5: As far as a combined density-optimized and blade-server market are concerned, well, HP leads there too, with 26.9 more points of market share than the next closest competitor.
• FACT #6: HP also leads the world in Windows and Linux® revenue.
• FACT #7: When it comes to the three major operating systems—that is: UNIX, Windows, and Linux combined (representing 99.9% of all servers shipped worldwide) HP is #1 worldwide in server revenue and unit shipments.

To read all the facts, take a look at this Real Story series addition from HP: RS_Server_Market_Share (2)

VLCM and HP Servers
HP Servers are among the very best—reliably supporting any workload. HP’s commitment to continual innovation, support, and service assures that they will provide the best solution for your business needs. With HP servers, you can do more with less. That’s why VLCM has been in business with HP for so many years, and that’s why we have worked to become the #1 HP reseller in the West. Take your infrastructure to the next level and see what VLCM and HP can do for you.