VLCM Named As a Fastest-Growing Company on the Inc. 5000 List

VLCM appears on the 2014 Inc. 5000 list, ahead of over 2,000 other growing companies also mentioned. Inc. 500, author of the list, sets high expectations to secure a spot as one of the fastest-growing private businesses in the United States. Average companies who won this award grew an astounding 516 percent- results worth celebrating. VLCM shares a pedigree with other IT providers noted like Intuit, Microsoft and Oracle.

The Inc. 5000 list at a glance published the total revenue growth by industry, placing IT Services in the second spot with $19.3B in revenue growth. Though most of these growing businesses are located in the top 25 metro areas in America, VLCM secured a spot right from our hometown of Salt Lake City, UT- also representing New Mexico, Colorado, Idaho and Arizona. View other technology lists we've appeared on. Out of only 86 companies represented from Utah, VLCM is recognized along with some of our premier partners including Pluralsight and Veracity Networks, along with customers whom we provide IT solutions to such as Clearlink and HealthEquity. An achievement worth mentioning, each company worked hard to attain impressive growth and status. 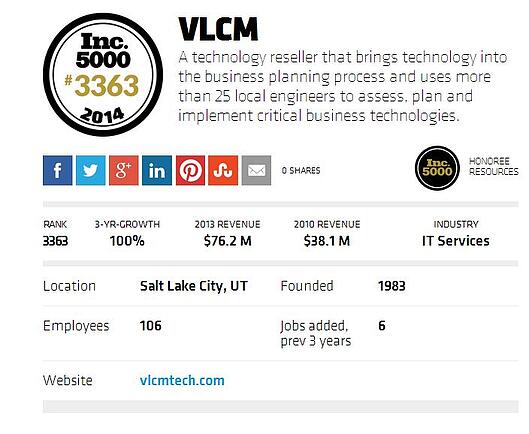 Another impressive statistic places IT Services as number three in creating jobs in 2010-2013. VLCM itself created several jobs by expanding to other states within those years and also grew the main office personnel. View the chart below and see more facts and figures on the Inc. 5000 webpage. 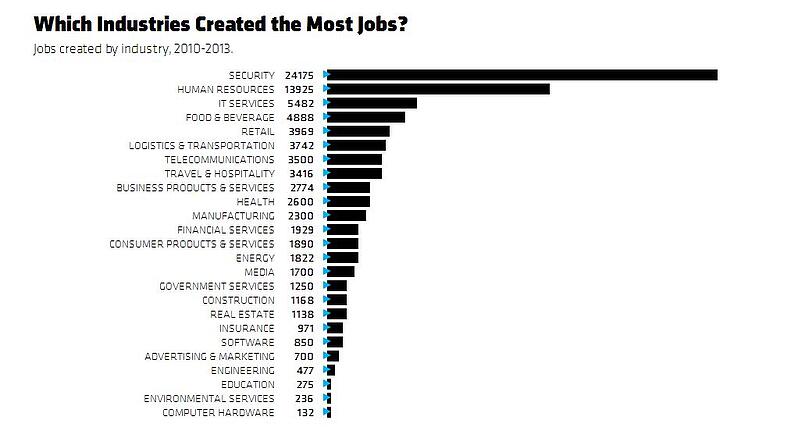