This last weekend marked VLCM’s first CIO retreat of 2014, and the beautiful snow-covered hills surrounding the Zermatt Resort in Midway, UT made for a perfect winter backdrop. 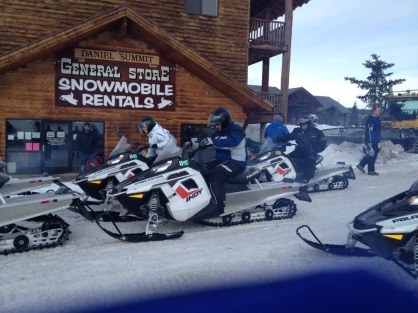 The luxury of the Zermatt Resort created a relaxing and engaging atmosphere for VLCM’s first CIO retreat of the year. Sixteen of VLCM’s top 100 customers attended the event, and all left well entertained and informed by VLCM’s employees and partners.

On Saturday the 22nd, everyone took to the hills for either snowmobiling at Daniel’s Summit, skiing at Park City Mountain Resort, cross country skiing or snowshoeing at Soldier Hollow, or relaxing in the Crater at Homestead Resort.

Dinner on Friday night was another privilege, where Rich Linton, founder and CEO of VLCM, spoke to everyone regarding VLCM’s storied history and purpose. Following Rich’s presentation, local a cappella group, Eclipse6, performed for the entertainment of everyone present. 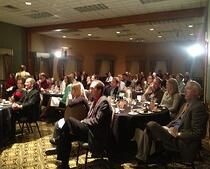 Not Everything Was Fun and Games
Despite all the fun, there was business to attend to as well. Presentations were given by: Mike Linton (VLCM Sales Manager), Bob Singsank (Vice President & General Manager of West Region Enterprise Group, HP), Heman Smith (Organization Transformation Strategist for VMware), Kent Goodrick (VP of Information Technology at Verisk Health), and Niel Nickolaisen (CEO of Decision Shapers). (Neal has a book coming out in March that VLCM is purchasing for all attendees of the retreat.)

VLCM and Its Customers
VLCM is one of the largest technology resellers in Utah and celebrated its 30 year anniversary in 2013. VLCM succeeds at providing IT services to many companies because they bring technology into the business-planning process and align their customers’ vision with the right technologies and professional on-site service. With a team of more than 25 local engineers, they assess, plan, implement, and service critical business technologies with leading brands such as HP, VMware, and Barracuda.